4 Classic Movies That Should Have Gotten Oscar Recognition! 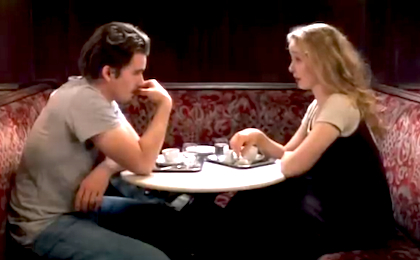 Film fans like myself are still going through Awards Season withdrawal, and as such, it is only natural for articles about the Granddaddy of them all, The Oscars, to pop up even weeks after the event has ended. The Academy Awards ceremony is an event filled with excitement, laughter, and mystery. Everything is up in the air, and the only thing that you can really count on during an Oscar ceremony is that whoever hosts it is going to be heavily criticized for one thing or another. I myself was more or less pleased with the outcome of this year's Academy Awards ceremony, although my heart is still a little heavy that Michael Keaton didn't walk away with the Best Actor trophy. But all is fair in love and film competitions, and Eddie Redmayne was certainly deserving of the honor that he ended up receiving.

Everyone ends up being a little disappointed when they don't see the actors or the films they love honored properly by The Academy. In fact, there are a whole slew of great movies out there that were barely even acknowledged by the Academy despite at how great they are. Oh, very well, twist my arm, why don't you. Below are four great films that somehow went unnoticed by The Academy.

This is one of those films that takes its subject matter and nails not just the factual aspects of it but the undercurrent of tension, fear, and anger that was almost certainly felt by everyone during one of the darkest periods in our nation’s history. Directed by Roger Donaldson and starring Bruce Greenwood, Kevin Costner, and Steven Culp, Thirteen Days takes a look at what really occurred behind closed doors during the Cuban Missile Crisis of the 1960s. It shows three men who are up against not just a supposed enemy across the waters but their own defense department, as war is the only option that they are presented with at every turn. It certainly takes bravery to wage war, but what this movie shows is that showing true courage can also mean showing restraint and compassion instead. Released in 2000, this film went on to garner some fantastic reviews from the critical community, but when it came time for Awards Season, the film came up short. Well, I think Thirteen Days is one of the greatest political thrillers ever made, and its lack of trophies does nothing to diminish its excellence.

I have long held the opinion that Richard Linklater’s Before Trilogy is the finest series of films ever made on the subject of falling in love. Before Sunset and Before Midnight both garnered Academy Award nominations for Best Adapted Screenplay, but all that Before Sunrise, the first film in the series, managed accomplish was a nomination for MTV’s Best Kiss of the Year. Seems a little silly for the one of the greatest romantic movies in the history of cinema to fall so short, but perhaps its style and content took a little longer to resonate with the powers-that-be. It’s the story of two young people, Jesse (Ethan Hawke) and Celine (Julie Delphy), and their random meeting onboard a train crossing through Europe. On a whim, Celine decides to disembark and spend the evening touring the streets of Vienna with Jesse. During the course of the evening, they talk about life, love, politics, spiritualism, and so on and so forth. What I love about this movie is that it’s really the only movie that I have yet to see that actually dedicates itself as to why two people actually fall in love. Most other films have to give you the “cliff notes” version in order to get to an eventual conflict that is ultimately supposed to represent the strength of the love in question. But Before Sunrise is different in that the only conflict our two protagonists are facing is the lack of time that they have to be with one another. The strength of their love and formation of it speaks for itself. It’s a beautiful film that examines a force in this world that, when it works, can also be beautiful as well.

Hindsight is a powerful thing when it comes to inciting emotional reactions, but unfortunately its practical use is somewhat lacking. When Vertigo was released in 1958, it was not a great success, financially or critically. Alfred Hitchcock would spend the rest of his life looking back on Vertigo as a great failure. But, as with all great artists, his greatest work would only come to be appreciated after his passing. I should point out that Vertigo is not my favorite Alfred Hitchcock film, but I completely understand why it is regarded as his masterpiece. The level of intimacy in regards to our main characters’ wants and emotions reaches an alarmingly contemporary level that must have disturbed audiences back then. It is a film about reconciling the voracious desires that lay within everyone and the frightening realization of how those desires can twist and change a person to a frightening degree. It’s a fantastic film that has gone on to be considered by many as not only Hitchcock’s best film but also the greatest film ever made. And in the end, that might be worth more than all of the Oscars put together.

I’ve written about Heat before, so I don’t want to get too far into it again. It is one my favorite movies of all time, and certainly it can be considered one of the greatest crime films in the history of cinema. It’s greatness doesn’t come from clever heists or operatic action scenes (although the shootout towards the end is one of the best you’ll ever see). No, the film’s greatness lies in its ability to dig deeper than the standard conflict of Good vs Bad in order to reveal the shades of gray that exist within the lives of everyone. Heat is an epic that can stand alongside the greatest films ever made, and its lack of attention during Awards Season is still, to this day, considered to be a huge embarrassment.

What are some of YOUR favorite films that should have gotten Oscar recognition?