4 Activities That Will Make You Feel Like You're Living In "Bridgerton"! 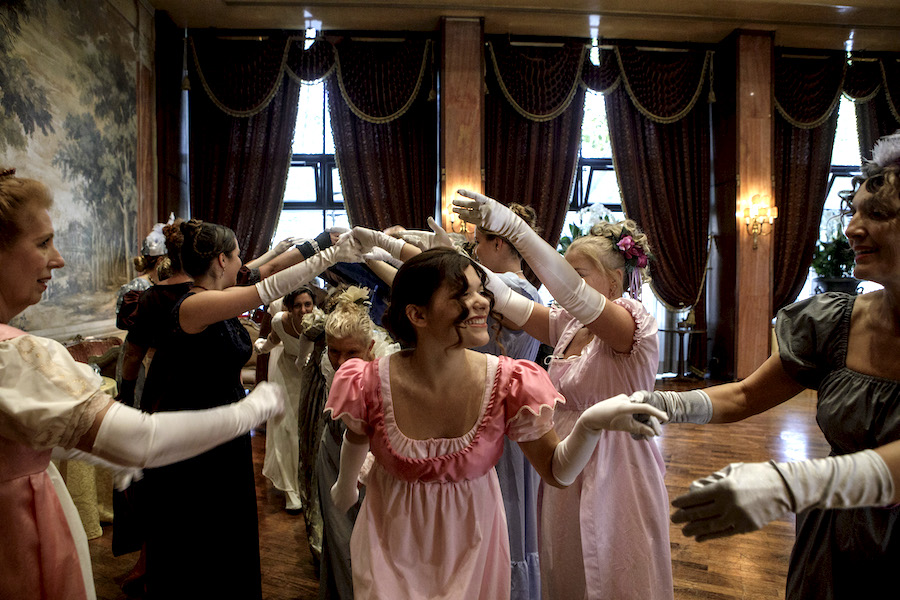 "Bridgerton" has taken our society by storm, and the hype has only increased since Netflix announced they are in production for Season 3. While we don’t have a release date yet, we can look forward to the upcoming spin-off series "Queen Charlotte: a Bridgerton"], which will be released next year. In the meantime, here are some activities you and your friends can do to feel like you’re living in the Regency period alongside your favorite "Bridgerton" characters!
1. Host a Tea Party
Tea parties were a normal aspect of life during the Regency period, and we think they should make a comeback! It is a great excuse to bring out the nice china and make some delicious pastries and tea sandwiches. Traditionally, tea parties would be hosted outdoors, particularly in a garden, and guests would be seated at a table featuring an array of foods and pastries. However, any location can be turned into a beautiful landscape of tea and snacks. Get creative! Maybe have your tea party in a blanket fort or at a park. Make sure to invite your friends and family; any excuse to chat and eat good food is a cause for celebration!

2. Write a Letter Using a Quill Pen
As the head of the Bridgertons, Lord Anthony partakes in this activity on-screen often. Whether he is taking care of business affairs or settling accounts concerning the estate, he most likely will be found with a quill in hand. But this old writing instrument doesn’t just have to be used for marking dull and tedious documents; it can be used for any writing activity. Its almost paintbrush-like quality makes any piece of writing feel like an art project. Whether you want to practice calligraphy, or write a letter to someone, a quill pen will make you feel much more fancy and connected to the time period, and therefore allow you to have more fun completing the task at hand. You could even use it to write your tea party invitations!

3. Dress Up and Learn a Waltz
Not all of us have Regency-era dresses or suits, but maybe this is an excuse to find or make one if you’ve been thinking about acquiring one! Otherwise, dressing up in anything that makes you feel special or fancy -- maybe even try wearing something out of your comfort zone. We all deserve that Daphne Bridgerton moment of walking into a room looking beautiful, ready to waltz the night away. Get your friends or family to join in and maybe even learn the dance from the debutante ball where you switch partners throughout the song. It doesn’t have to be a serious lesson; be silly with it and enjoy the mess-ups and confused mishaps. Bonus points if you dance to the soundtrack from the show! We personally love the classical remix of Ariana Grande’s “thank u, next”.

4. Have a Croquet Match With Friends
While only appearing in one episode (so far), this game was a major pastime for people of the Regency period and was often played at parties. In the show, the game is actually called as it was when it first debuted in history: Pall Mall. Pall mall was slightly different from croquet, in that it had a raised hoop as its final goal point, whereas croquet has a ring placed in the ground. Other than that, it is essentially the same game. But good luck finding a pall mall set! Croquet is a more practical game that can easily be played in a park or backyard, and it accommodates many players. Thankfully for us uncoordinated individuals, there is no athleticism required to play the sport, just concentration and maybe a bit of luck. This game is great to bring out at a party because it is a novelty for many people, and the rules are simple to learn. It is also a fun way to get some fresh air. Try to see if you and your friends can score better than your favorite characters at the "Bridgerton" garden party! Just maybe don’t be as competitive as Anthony and Kate...