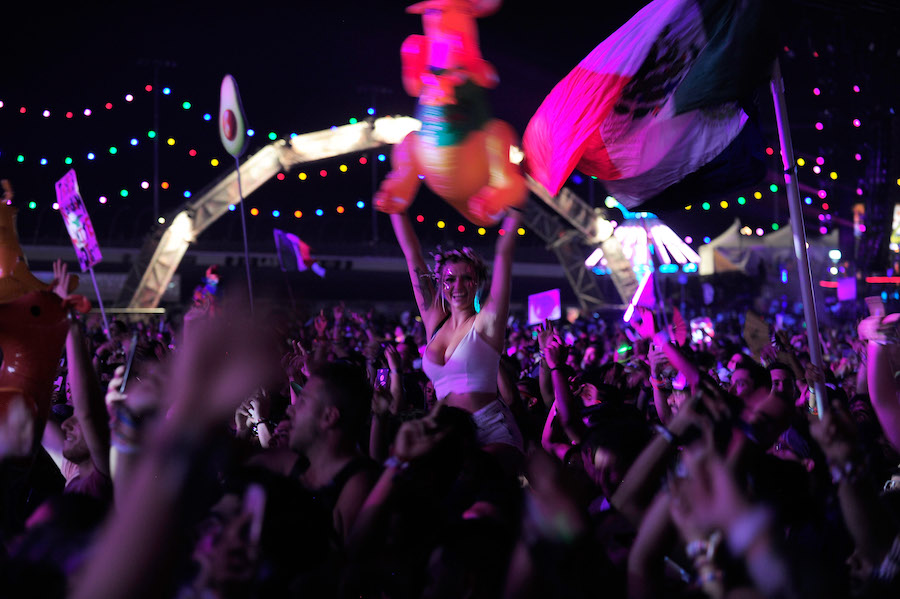 SXSW and Coachella gave of us a taste to what to expect for the upcoming Summer Music Festival season, and we’ve compiled for you the ultimate 2022 Summer Music Festival Guide from coast to coast. This list will place you front row to when and where you can catch your favorite music acts. Grab your friends, charge your phones, and start planning for a very awesome Summer!

The first entry on our list is New York City’s Governors Ball Music Festival. Marking the answer to mainstay festivals like Coachella and Lollapalooza, the 3-day event will be held at Citi Field on June 10 through 12. One of the headliners this year is “Without Me” singer Halsey, who will be making a return to the festival since performing as a line-up act in 2019, coinciding with her Love & Power Tour. We’re also excited to see performances from; Black Pumas, Migos, Jasmine Sullivan, Glass Animals, and more. Co-headliners will be J.Cole and Kid Cudi, who is slated to drop 2 new albums this year.

Smack dab in the middle of Summer is LL Cool J’s Rock The Bells Festival, highlighting Hip-Hop and classic Hip-Hop music, all curated by the singer/actor himself. His love letter to Hip-Hop will leave fans thinking back on the days of when the genre was in its infancy and served as a vessel to empower underprivileged communities. Additionally, the one-day music festival will feature curated food vendors, interactive experiences, as well as art exhibits. Slated to perform along with LL for the inaugural event is Ice Cube, Jadakiss, Lil Kim, N.O.R.E., and Rick Ross, just to name a few. Hip-Hop fans old and new, definitely peep this this festival out.

The west coast has EDC while New York has EZoo! Playing towards the tail end of Summer (aka Labor Day weekend) is New York’s premiere electronic music festival, Electric Zoo. Vibe to the drum and base, drop beats, and electronic riffs to the 3-day event held on Randall’s Island Park. The electronic festival is so huge that there are international editions playing in Mexico City, Tokyo, Shanghai, and Sao Paulo. The festival’s theme this year is “3.0”, highlighting the advancement of technology and our digital awareness. Grab your friends for one last dance of the Summer music festival season jamming to acts like AC Slater, Afrojack, Cheat Codes, Diplo, DJ Snake, Martin Garrix, Pauline Herr, and more.

NYC! Proud to present our musical lineup for Electric Zoo 3.0, carefully curated by YOU! See you on Randall's Island this Labor Day Weekend #EZoo2022 ⚡️⚡️

Summer will be in full swing by the time the Palomino Festival takes the stage at The Rose Bowl in Los Angeles. Making its debut, the one-day event will gather Country and Country-Pop fanatics of all kinds. Headlining is our girl Kacey Musgraves, who wowed us with her 2021 Summer hit “Justified”. The line up also includes Willie Nelson & Family, Jason Isbell, and the 400 Unit. The festival is a mix of how Country music has evolved over the years and still is a major player in the world of music.

From the hills of Los Angeles to the flatlands of the Inland Empire, the annual EDM and Hip-Hop music festival Hard Summer will be playing at the National Orange Show in San Bernardino, CA. The line-up for the festival includes Lil Uzi Vert, Porter Robinson, Zeds Dead, and Subtronics, while the Summer music festival queen herself, Megan Thee Stallion, is also slated to perform. The “Hot Girl Summer” artist has been busy headlining and performing at various festivals this year. This year’s line-up was so huge that festival reps needed to add another day. Pack your sunscreen, sunglasses, and lots of water to enjoy a whole weekend of fun and music.

HARD SUMMER IS ON SALE NOW! ?

Los Angeles might be the one pumping out amazing music events for you to attend this Summer. However, NorCal music lovers enjoy their tunes as much as Angelenos, making Outsidelands the Bay Area’s premiere Summer music festival destination. Green Day, Post Malone, and SZA will be headlining this year's festival along with Jack Harlow, Weezer, Pusha T, and even Kim Petras, plus many others. We’re excited to see Green Day back on stage, taking us back to their hits that helped define alternative music in the '90s and '00s.

ranger dave is ready for @greenday, @postmalone, @sza and so many more this august 5-7! plus, a special hometown performance by @illenium ?

get your tickets today before they're gone https://t.co/aQtvGHaUaTpic.twitter.com/qFBmgLAnbc

It won’t officially be Summer for another 4 more weeks once EDC arrives, but that’s not stopping us from getting a headstart in the music festival season. Anyone within the EDM realm of music will be on tap with over 200 artists slated to perform. The festival will have up eight stages for a unique sonic identity. Headliners include Eric Prydz, Zedd, and Grimes, as well as performances by Kineticfield, CircuitGrounds, Cosmic Medow, Basspod, and bionicJungle. The weekend event will be held on the Las Vegas Moto Speedway.

Join us as we Celebrate Life, Love, Art
& Music for 3 Nights from Dusk til Dawn at #EDCLV2022.??? pic.twitter.com/3agBqiyFC9

Metal, Rock, Rap, Hip-Hop, and Alternative merge during this 3-day music event for residents of the Lonestar State for this year’s So What? Music Festival at Choctaw Stadium. Making its comeback after a 5-year hiatus, over 100+ acts to choose from will be on offer on 3 different stages. This experience is like going to 3 different festivals in one! Sum 41, Simple Plan, Blackbear, and 3Oh!3 headline the Pop/Punk stage. Metal/Rock fans will expect I Prevail, The Ghost Inside, and Underoath to headline their respective stage. Rae Sremmurd, Juicy  J, and 2 Chainz will headline the Rap/Hip-Hop stage.

Okay, so our next Texan music festival on the list is a total vibe! Imagine not only enjoying your favorite artists on stage, but can you believe floating on an innertube down a lazy river, or camping overnight all in the same area? Float Fest 2022 will be making its return to South Texas after taking a 4-year break. The festival will be held on the site where Texas gained their independence from Mexico during the Battle of Gonzales. A few miles of the Guadalupe River weaves near the venue, where concert-goers can have a chance to float down the river to arrive to the festival grounds. The 2-day fest has a spectacular line up with Vampire Weekend, deadmau5, Chance the Rapper, Tove Lo, Cage the Elephant, and Marshmello and more headlining.

HERE'S THE EPIC LINEUP YOU'VE BEEN WAITING FOR! ? @marshmellomusic, @CageTheElephant, @CHVRCHES, @deadmau5, and MORE will be at #FloatFest2022!

Get your tix NOW: https://t.co/qBxfbTD3hR

We'll see you in July? in Gonzales, TX! #ComeAndFloatItpic.twitter.com/aDJTVTptUZ

The midwestern entry to the list is Chicago’s Summer music festival mainstay, Lollapalooza. Currently in its historic 3rd decade and oldest entry of the bunch, this festival has seen the likes of Outkast, Lupe Fiasco, Miley Cyrus, and more. This year's festival will be taking place in Grant Park with Dua Lipa, Machine Gun Kelly, J. Cole. Metallica, Foo Fighters, Tyler The Creator, and Post Malone slated to perform.

Your 2022 Lineup is here! ? 4-Day Tickets on sale today at 12pm CT. https://t.co/bmjLHHMiVUpic.twitter.com/RSBzzOgXHp

The last pick on our list is Hangout Music Fest. The South’s entry to the music festival scene has an impressive list of artists this year including Fall Out Boy, T-Pain, Doja Cat, Halsey, Jack Harlow, and more descend on the beaches of Gulf Shores, AL.

THEE SCHEDULE IS HERE ? Make your last minute plans, there’s still time to join us on the beach ? pic.twitter.com/VYNouisjzH