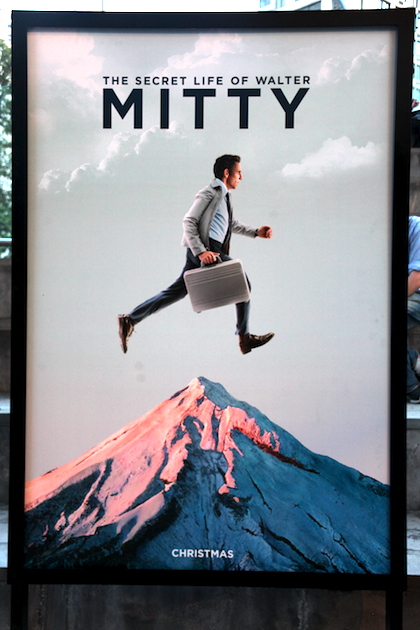 I don’t know about all of you, but this year has gone by so FAST! It’s already the middle of December! This means that it’s the Holiday Season and Christmas is just around the corner!

The Hobbit: The Desolation of Smaug (December 13)

The second installment in The Hobbit Series, Bilbo Baggins embarks on his journey with Gandalf and many other allies to defeat the dragon Smaug. You know all the LOTR fans will be there to see it!

The movie is about the woman who created Mary Poppins and Walt Disney's struggle with her to adapt her stories into the classic movie from 1964.

America’s favorite news anchor, Ron Burgundy, takes over New York’s 24-hour news network and brings his crew with him! After a long awaited sequel, Anchorman 2 is sure to have everyone laughing this holiday season.

A con man and his female partner are hired to work for the FBI. This ensemble cast, which includes Golden Globe nominees Bradley Cooper, Christian Bale, Jennifer Lawrence, and Amy Adams, as well as Jeremy Renner, is enough to get my butt in the theater!

This film goes back in time to show the world when dinosaurs roamed the Earth while telling the story of one dinosaur’s leadership of his pack.

Based on the short story by James Thurber, an intense daydreamer (played by Ben Stiller) goes on a real-life adventure to save his job and finds that this extraordinary adventure might just be better than his daydreams.

The Wolf of Wall Street (December 25)

This film, starring Leonardo DiCaprio and directed by Martin Scorsese, is based on the true story of Jordan Belfort, whose rise to the top of the stockbroker game is marred by problems with the law and the mob.

This Oscar bait centered around a family who comes back to their hometown, Osage County, to deal with a family emergency and are forced to spend time with their eccentric mother, played by the flawless Meryl Streep.

This movie tells the story of a real life group of 18th century samurai called the Ronin who go after Lord Kira, who killed their master and banished them. Oh, did I mention that Keanu Reeves stars in this film?

Better 3 months late than never! This film is about a single mother (Kate Winslet) and her son who find and help an injured man (Josh Brolin) against all better judgment. They take him home and find out that he is actually an escaped convict, and they find out what really happened to him.

I hope that his helped you figure out which movies you want to see this season. See you all in the theaters!