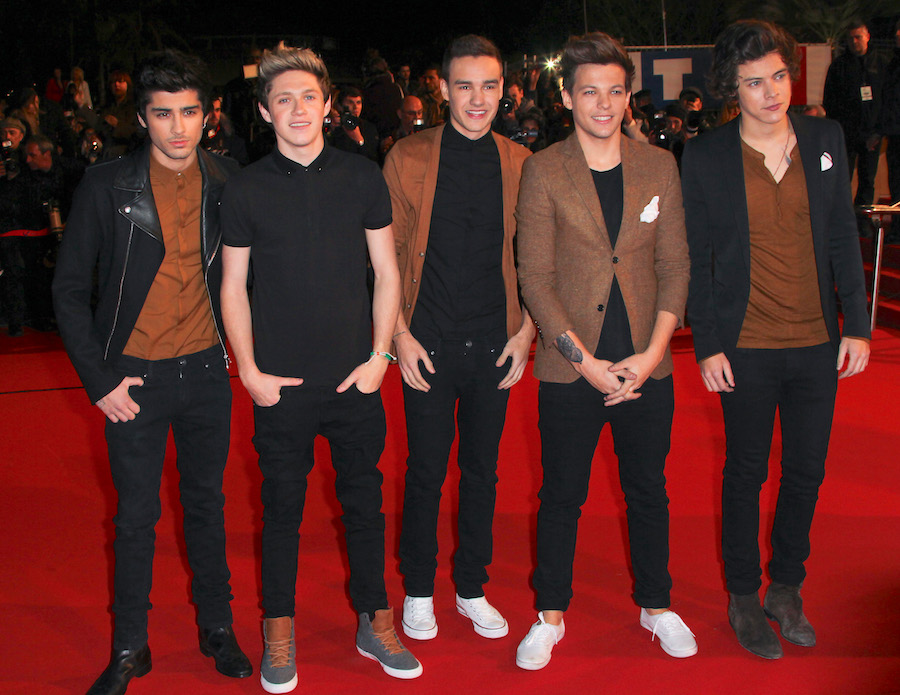 Today, July 23, marks 10 years since Simon Cowell in his infinite wisdom put Harry Styles, Zayn Malik, Louis Tomlinson, Liam Payne, and Niall Horan together and decided to form the boy band we all know and love—One Direction. These 10 years have been brought tears of joy and sorrow for Directioners (yes, we still claim the fandom name!).

Too many incredible memories to mention but not a day goes by that I don't think about how amazing it was. @NiallOfficial@Harry_Styles@LiamPayne@zaynmalik. So proud of you all individually.

I’ve been struggling to put into words how grateful I am for everything that’s happened over the last ten years. I’ve seen things and places that I’d only ever dreamt of when I was growing up. pic.twitter.com/yfAv8aUpbe

We’ve laughed, we’ve cried, we swooned, we screamed, we constantly stressed over new album and song releases… honestly, it’s been a fun rollercoaster ride, and what better way to celebrate such an important and glorious day than to look back on our favorite moments from the boys over the years?

It’s no secret that Louis has always been the sweetheart of the band, from being seen as the “adult figure” for the boys during "X Factor" to just always being a big ball of love and sunshine. Louis’s charitable efforts and philanthropy never go unnoticed. He’s won millions of hearts by continuously raising money for various causes, and he went so far as to host his own charity event, the Believe in Magic Cinderella Ball, in August 2015. Believe in Magic was a charity that helped brighten up the lives of terminally ill children, and the ball did just that by treating the children as princes and princesses—how adorable! Bandmate Liam also attended the ball, and with the combined effort of two angels, the event raised over £2,000,000. How can you not love Louis (and Liam!)?

Louis Tomlinson and Liam Payne were a real life DREAM at the Believe in Magic charity ball http://t.co/APHaT3BuyRpic.twitter.com/ZrYIc0QKLs

2. When Harry almost delivered a baby

You can’t call yourself a hardcore Directioner if you haven’t watched the Nickelodeon pregnancy prank on the boys from 2012 at least five times—it was hilarious! If you haven’t seen it, Zayn and Louis decide to team up with Nickelodeon to prank Niall, Liam, and Harry by pretending that the pregnant producer on set with them was going into labor. Niall sat there confused and clueless (but, like, same), Liam tried to help but the poor thing didn’t know what he was doing (can’t blame him for trying!), and Harry transformed into a doctor with years of medical experience, and that’s where we fell even more in love with the curly-haired heartthrob. We all need a Harry in our lives!

Yes, we cheated: it’s not one moment but we just love his laugh! Directioners can all agree on one thing—Niall Horan has the most contagious and cutest laugh in the whole wide world! Just plain facts, if you ask them/us. Niall’s laugh brightens up any interview and brings joy to millions of fans whose cheeks hurt after smiling too much from watching compilations of Niall laughing. In a 2015 interview with "The Ellen Show",Ellen played “Never Have I Ever” with 1D and it truly wouldn’t have been half as funny and enjoyable without Niall’s cuteness! If you’re ever having a bad day, just look to Niall Horan to make you smile!

4. When Liam won a water fight on stage

We’re in "Payne" thinking about how we haven’t been to a One Direction concert in 5 years. Yes, yes, the boys’ vocals are incredible and all, but 1D’s on-stage goofiness and banter is top-tier entertainment, and Liam contributes to most of it. From cheekily snatching Harry’s microphone away to falling on stage and taking bandmates along with him, to most notably starting water fights with jokester #2, Louis... Ahh, we all dreamed of joining in on the water fights and dowsing a water bottle upon one of their heads at one point, but we’re living vicariously through Liam who seems to enjoy it as much as we do!

5. When Zayn hit those high notes

Okay, admit it. You used to walk around the hallways at school in 2011 yelling “Vas Happenin’?!” just because Zayn Malik used to say it. No shame there, because we did the same thing! But have you tried to hit those high notes in “You and I” and “Last First Kiss” and failed miserably? Yeah, same. Zayn is the king of high notes, and he never fails to impress the world with his heavenly vocals. Name any One Direction song and Zayn most likely WENT OFF in it— “Ready to Run”, “Best Song Ever”, “Steal My Girl” …shall we continue? You go, Z!

6. When they said their final pre-hiatus “goodbye”

Who can forget the iconic "X Factor" performance on December 13, 2015, before their “18-month-long” hiatus? Harry’s red floral suit, Niall’s jolliness, Louis’s obvious emotion, and Liam’s smooth moves and vocals, the old clips playing on the screen behind them, and the proud, bittersweet looks on their faces at the end... We get emotional just thinking about it.

The boys, minus Zayn, beautifully harmonized in “Infinity” and “History” and we all cried like crazy. And remember that long, emotional group hug and the gallons of tears that followed? Our hearts shattered into a million pieces, but it was the perfect “not a goodbye but a see you later” to end the chapter to an exciting era. They really are the “greatest team that the world has ever seen”.

We could go on and on about our favorite One Direction moments, but we’d most likely end up listing every moment on stage, every joke cracked in an interview, and every single time the boys made our day (which is A LOT). After strolling through Memory Lane, we like to tell ourselves that “this is not the end, this is not the end” because that’s what 1D promised in “History” and we’re not letting go of hope of a potential reunion one day!