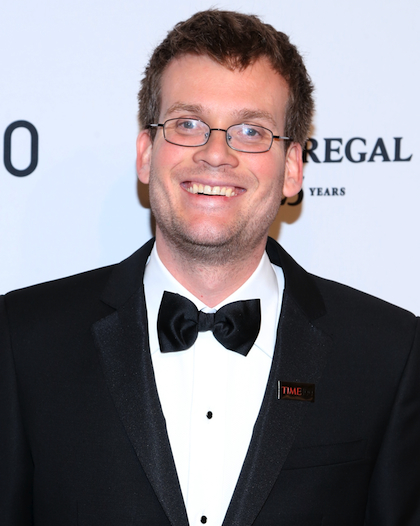 I’m beginning to feel a bit like Olaf from Frozen. The days are getting warmer, I’m eating more ice cream then I probably should, and the sleepy beach town I live in is now bustling with tourists. When Summer comes around, I enjoy spending my time getting a nice tan (unlike Olaf, I don’t melt) with my nose buried deep inside a book. So, I present to you which books I will be reading (or re-reading) this summer:

1. The Fault in Our Stars by John Green: Yes, this is an incredible film which was just released in theaters, and the book is definitely worth the read. Green’s prose is whimsical yet melancholy as he captures the tale of two teenage cancer patients who fall deeply in love. The story presents a twist that I didn’t see coming (I won’t give it away, or else it wouldn’t be a twist!) and plenty of romantic moments that should read as sappy yet are oddly endearing. If you’re going to read The Fault in Our Stars in a public setting, bring a few tissues with you -- you’re going to need them.

2. Ready Player One by Ernest Cline: I have actually been trying to figure out how to teach Ready Player One, as Cline incorporates a few interesting themes on our own desire to escape reality through technology. The book reads like a fast-paced action flick drenched in '80s pop culture references, so if Die Hard is one of your favorite films, you may like Ready Player One. The novel takes place in a dystopian future, where orphan Wade Watts lives in the slums. He escapes his harsh reality by disappearing into the virtual reality zone known as OASIS. In OASIS, he attempts to solve the puzzle left by its creator, which will lead to endless riches and fame. Watts is a character you can root for, there are evil soldiers out to get him, and he even has an adorable love interest. How has Hollywood not made this into a film yet?

3. Carsick: John Waters Hitchhikes Across America by John Waters: How can you not love John Waters? He’s America’s beloved weirdo who has brought us brilliant films such as Hairspray and Pink Flamingos. This lovable oddball can now add author to his eccentric resume, as he just penned his own travel adventure. Waters embarked on a wild hitchhiking trip from Baltimore to San Francisco and kept track of his tales for us to enjoy. I have not yet read the book, but I am quite curious to find out about the various miscreants Waters is bound to meet along the way. I’ve always been a fan of Waters's films, so I’m quite intrigued to read his prose.

4. One Hundred Years of Solitude by Gabriel Garcia Marquez:One Hundred Years of Solitude may have the greatest opening line in all of literature: “Many years later, as he faced the firing squad, Colonel Aureliano Buendía was to remember that distant afternoon when his father took him to discover ice.” If that opening line doesn’t make you want to read this novel, I’m not entirely sure what will. Marquez sadly passed on earlier this year, but his legacy will live on through his words. One Hundred Years of Solitude tells the tale of 100 years of life in Macondo, a village founded by Buendia. The novel focuses on his various descendants, the various residents, and the historic events that change the town forever.

5. Eleanor & Park by Rainbow Rowell: I’m currently reading Eleanor & Park, and I find it to be delightfully charming. Set in 1986, this off-kilter romance follows Park, a shy comic book nerd as he begins to fall for the eclectic Eleanor. The pair’s romance begins as Park begins to bring Eleanor comic books to read on the bus, and soon blossoms into an exchange of mix tapes and discussions of X-Men characters. The book delves deeper into each counterpart’s personal backstory -- Eleanor’s dangerous life at home and Park’s struggles of being half-Korean/half-white. The book’s prose is stark, but Rowell is able to capture the characters emotions and quirky personalities. If you love “New Girl” and '80s rom-coms, then this is the book for you.

6. Into the Wild by Jon Krakauer: Here’s a fun fact about Into the Wild: the book was originally an article that appeared in Outside magazine on Christopher McCandless. Krakauer couldn’t just stop at an article, though; he found the material so fascinating he decided to write an entire book on it. He had good reason to do so -- Into the Wild certainly has a stranger-than-fiction plot: after McCandless graduated from college, he decided to cut off contact with his family, give away all of his money, and hitchhike across America. He eventually ended up in the isolated wilderness of Alaska, where he attempted to survive on his own armed only with 10 pounds of rice, a rifle, several rounds of bullets, a camera, and books. After 119 days, he died of starvation. Into the Wild features interviews with the various folks who encountered McCandless, Krakauer’s own trip across the country, and the parallels between Krakauer and McCandless. I found the book fascinating for the mere fact that I could not wrap my head around what McCandless did. Maybe I’m a bit of a city mouse, but why would anyone decide to live in the Alaskan wilderness? The book never fully answers my question, but it did make me think about those who cannot perfectly fit into society.

7. Where’d You Go, Bernadette? by Maria Semple: I read this quirky novel last winter, and I found it to be hysterically funny. Penned by a former writer for “Arrested Development”, Where’d You Go, Bernadette? follows the tale of Bernadette Fox, an eccentric mother and revolutionary architect. Bernadette is a bit of a hot mess: her Microsoft-guru husband has no idea how to handle her, her fellow private school mothers thinks she’s mad, but to her daughter, Bee, she’s just her nutty mom. Her tale becomes even more twisted after she ends up missing -- in Antarctica. If you can’t stand pretentious Seattle yuppies or tech gurus in general, or want to punch snobs in the face and basically despise humanity, then you will love Bernadette. She refers to the other mothers as “gnats” and hates society so much that she hires a virtual assistant to do everything for her. Even if you don’t mind society, you will still find Bernadette hilarious. Semple’s satire on American yuppies is very poignant. By the end of the book, you will want to refer to snobby mothers as “gnats” too.

8. Life After Life by Kate Atkinson: I have had Life After Life on my reading list for quite some time now. The novel begs the question: what would you do if you could live your life over and over again, until you finally got it right? The heroine of the novel, Ursula Todd, ends up doing just that -- she lives through the turbulent years of her life until she gets it right. Atkinson weaves together a tale that finds wit even in the darkest tunnels, and the best and worst sides of ourselves. I have always found the idea of experiencing the same thing over and over again until you get it right to be quite fascinating, so I am curious to see how Atkinson tackles this in her prose.

10.Difficult Men: Behind the Scenes of a Creative Revolution: From "The Sopranos" and "The Wire" to "Mad Men" and "Breaking Bad" by Brett Martin: As a pop culture writer, I’m quite intrigued by this book, written by a correspondent for GQ, which chronicles how more and more “difficult men” began to pop up on television. These anti-heroes went through betrayal, tears, anger, and murder all to achieve the glorious American Dream. These new characters were crafted by a new Hollywood type: the writer/showrunner. We are currently in a Golden Age of television thanks to powerful shows like “Mad Men” and “Breaking Bad”, both of which have themes similar to those found throughout history. “Mad Men” parallels many of the themes in The Great Gatsby, while “Breaking Bad” follows many Shakespearean tropes. Martin takes readers behind the scenes of how these shows came to be, and how television is now just as powerful as film. In fact, the next great American novel may not be a book -- it may be a TV show.

Which books will you be reading this summer?