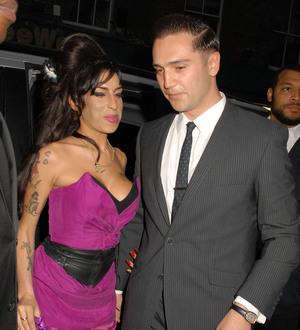 The Rehab hitmaker was found dead at her home in London on 23 July, sparking an outpouring of grief and tributes on both sides of the Atlantic.

Now Traviss, who was reportedly engaged to the singer, has told of his devastation and battle to cope with the tragedy.

He tells Britain's Sunday Mirror, "I am not coping well. I am finding it difficult to talk about it to my close friends, especially when I think about our future together. We were happy. She was positive about the future and happy across different parts of her life too."