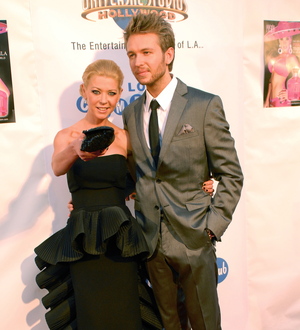 Tara Reid has wed businessman Michael Lillelund in Greece, just hours after the pair got engaged.

The American Pie star has been dating the Danish entrepreneur since November (10) after they fell for each other on vacation to Saint-Tropez, France.

On Saturday (13Aug11), Tara Reid announced via Twitter.com that Lillelund had proposed to her, writing, "I just got engaged!"

And the blonde couldn't wait to get down the aisle, and got wed just hours later, telling fans, "Just got married in greece (sic) I love being a wife."