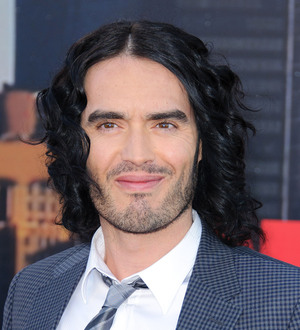 Russell Brand has launched his own film production company.

The British funnyman has teamed up with his business partner Nik Linnen to create Branded Films, which has set up home at Warner Bros. studios in California.

In a cheeky statement to Deadline.com, he says, "We, at the newly founded Branded Films, are very excited to announce our new company and the opportunity for puns that it affords us."