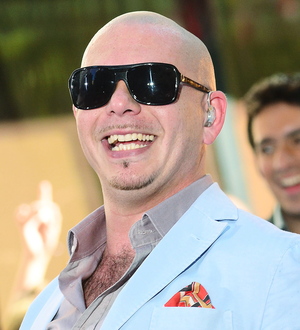 Lindsay Lohan has slapped rapper Pitbull with a lawsuit for poking fun at her in the lyrics of his hit single Give Me Everything.

In the song, co-written by Ne-Yo, the hip-hop star rhymes, "Hustlers move aside, so I'm tiptoeing, keep flowin'/I got it locked up like Lindsay Lohan" - and the actress is far from happy that her name features in the song.

A new lawsuit filed on Lindsay Lohan's behalf reads, "The lyrics, by virtue of its wide appeal, condemnation, excoriation, disparaging or defamatory statements by the defendants about the plaintiff are destined to do irreparable harm to the plaintiff."

The documents, which have been obtained by TMZ.com, go on to suggest Lindsay Lohan is "a professional actor of good repute and standing in the Screen Actors Guild", and her lawyers state she is suing under "the New York civil rights laws, which protects people from having their name exploited for commercial purposes".

Lindsay Lohan alleges the appearance of her name in the song causes her "to be associated and identified in connection with defendants."

The suit seeks an injunction to stop the broadcasting of the song, a former number one. It also seeks unspecified damages.

Lindsay Lohan is attempting to repair her image and reputation following a string of legal woes over the past 18 months, which resulted in stints behind bars, in rehab and at her Venice, California property under house arrest.