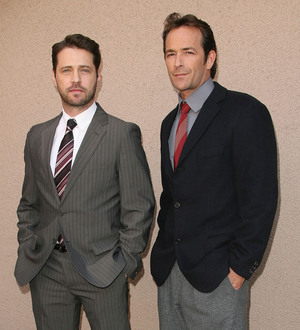 The 2011 film marked the first time the ageing heartthrobs had worked together since their cult teen show went off air.

Perry produced the film he co-wrote and developed and Priestley directed his pal, who also starred as a western judge.

The first film was such a success, Hallmark Movie Channel bosses have ordered another two. Perry will star and produce both.