New dad Matt Bellamy heading back to the studio 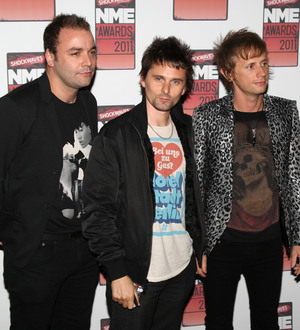 New dad Matt Bellamy's paternity leave is almost over - the rocker is heading back to the studio next month (Sep11) to start work on the band's sixth album.

The group has kept their tour dates to a minimum over the festival-packed summer period, only choosing to play four gigs, so Bellamy can spend time with his first child with fiancee Kate Hudson.

And now the Brit is returning to work in September (11) to work on Muse's first record since 2009's The Resistance.

Bassist Chris Wolstenholme tells BBC Radio 1, "September and October, that's when we're going to get into the studio to start writing the new album."

And despite Matt Bellamy's new role as a dad, his bandmate insists the group has no plans to scale back their touring commitments in the near future.