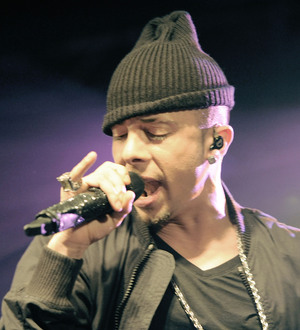 British hip-hop stars N-Dubz have parted ways with their record label because of "creative differences over musical direction".

The controversial band created a U.S.-friendly album called Love. Live. Life. in a bid to launch their career Stateside, and they were signed up by Def Jam Recordings last year (10).

But executives at the label dropped the band from their roster this week (begs08Aug11) over ongoing conflicts about the group's music.

A label spokesperson tells Britain's The Sun, "N-Dubz have left the Def Jam imprint in the USA due to creative differences over musical direction. This was 100 per cent the band's decision and they remain signed to Universal worldwide."

Bandmember Dappy claims he refused to bow to pressure from record company chiefs about the direction of the band.

He says, "We were never going to co-operate with them when they decided to change what we are. If we had co-operated we would still be signed. We're not just a silly bunch of pop tarts."