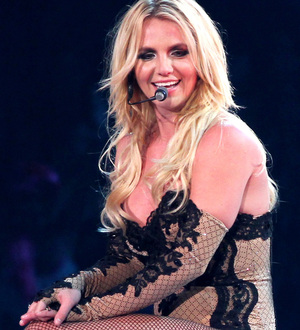 Britney Spears will be the guest of honour at the upcoming MTV Video Music Awards with a special tribute honouring her lengthy career.

The Toxic hitmaker, who released her debut single ...Baby One More Time in 1998, has been thrilling audiences with her Femme Fatale tour this summer (11) and is taking her trek to Europe next month (Sep11).

MTV bosses are now planning "something unique" to honour Spears at the annual ceremony in Los Angeles on 28 August (11).

VMA executive producer Amy Doyle tells Billboard, "Britney will be at the show and we'll be paying tribute to her. She was having an incredible year and she is so beloved by the MTV audience that we started to think what could we do that would be a different experience (from years past).

"Obviously everything from her choreography to her fashion to her videos will be (covered). We said 'let's challenge ourselves to do something unique'."

Doyle adds, "We had a great history with Amy. She was very near and dear to us."

Spears' hit track Till the World Ends is nominated for two awards at the ceremony - Best Pop Video and Best Choreography in a Video.