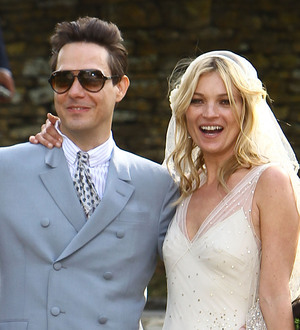 British supermodel Kate Moss has infuriated her new neighbors with plans to build a basement conversion - as residents are convinced it will cause flooding in the area.

The newly married beauty has moved to an $11 million mansion in the affluent area of Highgate, north London with her husband, The Kills rocker Jamie Hince.

Moss has already angered neighbors by placing a satellite dish and CCTV cameras on the exterior of the home - and now she's causing more controversy with plans to build a gym and steam room below ground level.

The proposals have infuriated local councillor Maya de Souza, who is concerned that if Moss' plans are approved, other homes in the vicinity will suffer.

She tells Britain's Daily Express, "My concern is the impact on groundwater flows. This has been known to impact severely on neighbors. Large basements can mean huge numbers of lorry movements which cause too much disturbance and a risk to other residents. I'll be asking for proper reports on groundwater and the early submission of a contract management plan and if they are not satisfactory I'd like to see the application refused."

Another resident tells the publication, "Kate's house is beautiful as it is. Why is she so determined to turn it into something it is not? If she wanted a modern house she should have bought a modern house, not a Grade II-listed property."