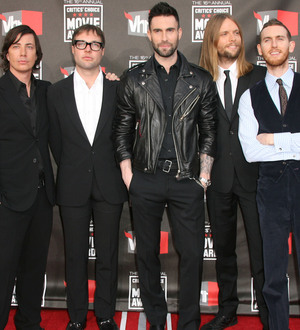 Maroon 5 and Train are turning their show at the Indiana State Fair into a fundraiser to honour the victims of Saturday's (13Aug11) stage collapse tragedy.

The two bands, who are on tour together, were due to perform at the fairground on Thursday (18Aug11), but the concert has since been relocated over safety fears.

The gig will now take place at the Conseco Fieldhouse in Indianapolis and all proceeds will be donated to the Indiana State Fair Remembrance Fund, established this week (begs15Aug11) to support the families of those killed and injured in the weekend disaster.

A post on Maroon 5's Twitter.com blog reads: "Indiana State Fair show is being moved to another venue. All proceeds will benefit Rememberence (sic) Fund."

Five people died and more than 40 others were injured when scaffolding and a lighting rig came crashing down during a sudden storm, shortly before country duo Sugarland was set to take the stage.

Scheduled fair shows by Lady Antebellum and Janet Jackson this week have been cancelled in the wake of the tragedy.