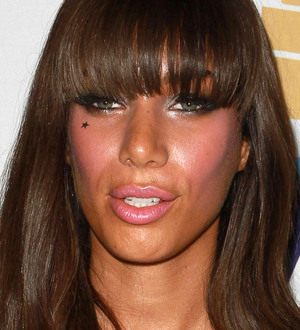 Leona Lewis has secured the rights to release her new single after reaching an out-of-court settlement with a Swedish DJ who accused her of plagiarism.

Dance music producer Avicii, real name Tim Bergling, was scheduled to take his case to London's High Court on Monday (08Aug11) after he alleged Lewis had sampled his song Penguin on her latest track, Collide, without his permission.

But the legal issue has now been dismissed after Lewis' label bosses at Simon Cowell's Syco Music agreed to release the song under both of the artists' names.

A statement issued by a Syco representative on Tuesday (16Aug11) reads: "It is announced today that Leona Lewis and Avicii will work together on the forthcoming single Collide."

In a post on his Twitter.com page, Avicii adds, "Glad to have finally resolved situation with Leona. So happy to move on with Leona and focus on having a hit together."

The single is scheduled for release in the U.K. on 4 September (11).