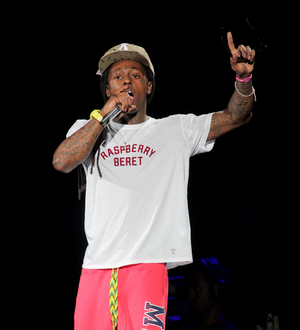 Lil Wayne and Drake are taking Jay-Z and Kanye West's lead and teaming up for a collaborative album of their own.

The Lollipop hitmaker has been instrumental in helping his protege Drake achieve solo success and he's now pressing ahead with plans for a full project together.

Drake first revealed his intentions to launch a joint disc with Wayne in January (11).

Jay-Z and Kanye West's Watch The Throne release is expected to hit the top of the album charts this week (beg15Aug11), and become one of the biggest debuts of the year.