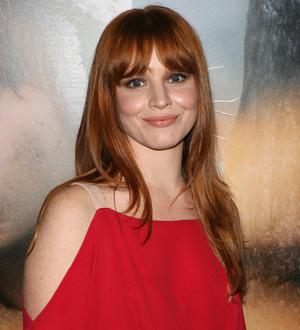 Six Feet Under actress Lauren Ambrose has been tipped as the favourite to follow in Barbra Streisand's footsteps in a stage revival of hit musical Funny Girl.

Producers are planning to launch a new production of the hit 1964 show in Los Angeles in the New Year (12) before taking it to Broadway, where it previously ran for three years and originally starred Barbra Streisand as Fanny Brice.

Director Bartlett Sher recently revealed he was struggling to fill the key role and was turning to the internet in a bid to find the perfect star to portray Brice.

But it appears he's close to casting his leading lady - and is already in negotiations with TV actress Ambrose, a trained opera singer, according to Eonline.com blogger Marc Malkin.

The 33 year old previously worked with Sher in a 2006 Broadway revival of hit drama Awake and Sing!.