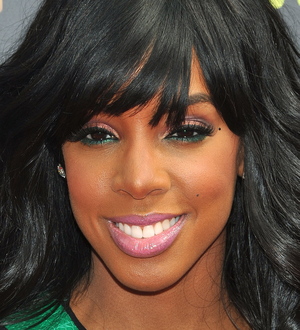 Kelly Rowland is open to speaking to her father after years of estrangement, but she's wary of rushing into a reconciliation.

The former Destiny's Child star has not seen her dad Christopher since she was a child, and has previously claimed his "drunk and aggressive" behaviour prompted her mother to leave him.

Christopher reached out to his daughter earlier this year (11) in the hope of a reconciliation, and Rowland admits she would like to be back in contact with her dad - but she's taking her time to decide on how to initiate the reunion.

She tells Britain's Grazia magazine, "I do have a desire to speak to him. But I have to be ready when I make that decision, and I don't want to hurry myself. I've been without him for more than 20 years."