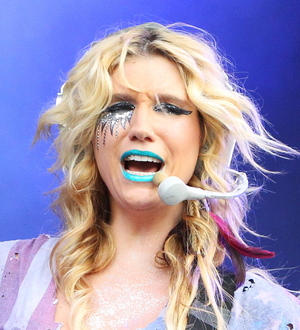 Ke$Ha was forced to cut short the first concert on her North American tour on Saturday (30Jul11) after her stage set caught on fire.

The Tik Tok hitmaker kicked off the summer (11) leg of her Get Sleazy tour in Georgia this weekend, but the trek got off to a rough start when a lighting rig burst into flames towards the end of her performance.

Due to safety precautions, the singer had to shut down the show early, but Ke$ha remained upbeat about the incident and took the opportunity to warn her tourmates LMFAO to get ready for a crazy ride.

Taking to her Twitter.com account to share the scary story, she wrote, "@LMFAO UM. FIRST NIGHT OF TOUR AND THE PLACE CATCHES ON FIRE. THIS TOUR IS BEYOND.WORDS.ILL."

The singer will play more than 25 shows across the continent before wrapping up the tour in Phoenix, Arizona on 20 September (11).