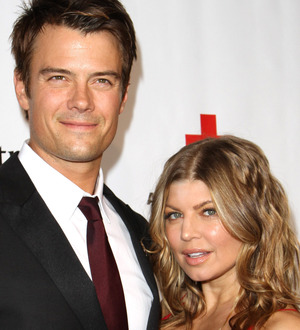 Josh Duhamel has recruited his wife FERGIE's band the Black Eyed Peas to play a flood relief fundraiser in his North Dakota hometown next month (Sep11).

Rising flood waters destroyed much of the Transformers star's native Minot in June (11), and left many people in neighbouring regions without shelter.

He pledged his support to the area and was named honorary chairman of a fund established for those left homeless.

Now Duhamel is helping to organise a benefit gig for residents - and he's enlisted the I Gotta Feeling hitmakers to take the stage.

In a post on his Twitter.com page, he writes, "Big thanks to BEP for doing a benefit show in + for Minot on September 3rd! Tickets go on sale August 12. Let's ROCK!"