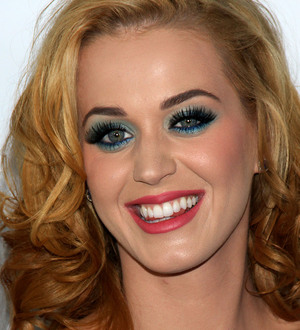 Katy Perry has thanked her fans for helping her make history at the top of the pop charts - her Last Friday Night (T.G.I.F) hit has given her a high five on the Hot 100.

After spending three weeks at number two, the party hit has finally displaced LMFAO at the top of the charts to give Perry her fifth number one from the same album.

Only Michael Jackson has achieved such a feat when five tunes from his Bad album hit the top spot.

And thrilled Perry has taken to Twitter.com to thank fans for supporting her, posting, "What a way to wake up! SO proud to announce that the little-engine-that-could of a song 'LAST FRIDAY NIGHT' is officially #1 + made HISTORY!

"I couldn't have done it without ya, really I owe u guys BIG... so take this moment to give yourself a high FIVE!!!"

Perry has already made her mark on the Billboard Pop Songs Chart when she became the first artist to reach the top spot with five singles from the same album earlier this month (Aug11) - but she has been unable to match that success on the mainstream countdown, until now.