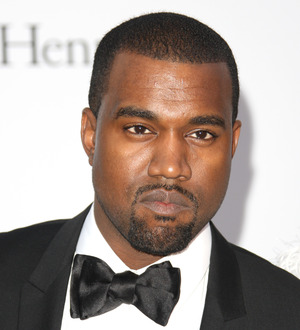 Kanye West and Jay-Z have written a touching song to their unborn sons, vowing to help them avoid the same mistakes they made in their lives.

The rappers, known collectively as The Throne, released their much-anticipated joint album Watch The Throne on Monday (08Aug11) and the tune New Day has already become a fast favorite among fans and critics alike.

On the heartfelt track, produced by Kanye West and Wu-Tang Clan's RZA, the rappers swap lyrics about the lessons they'll teach their boys when they become fathers.

The Stronger hitmaker rhymes about his controversial past, touching on his notorious TV attack on former president George W. Bush, when he claimed the Republican leader didn't care about black people following 2005's Hurricane Katrina.

On the song, Kanye West raps, "I'll never let my son have an ego/You'll be nice to everyone wherever we go/I mean I might even make him be Republican/So everybody know he love white people..."

Meanwhile, Jay-Z, who is married to R&B beauty Beyonce, apologizes to his unborn child for bringing him into a life of media scrutiny, telling him, "Sorry Junior, I already ruined ya/'Cause you ain't even alive, paparazzi pursuing ya..."

And Jay-Z vows to never abandon his kid like his own father, Adnis Reeves, did: "Promise to never leave him even if his momma tweaking/Cause my dad left me and I promised never repeat him."