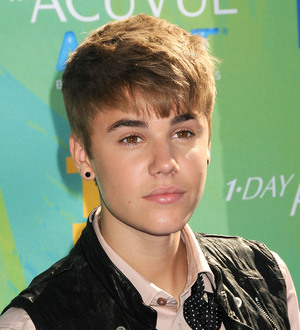 Justin Bieber has been playing social networking matchmaker to his pal Julian Swirsky after learning the teen is smitten with Kim Kardashian's little sister Kendall Jenner.

The pop superstar tweeted 15-year-old Kendall Jenner on Monday (08Aug11), suggesting she should consider going out on a date with his 16-year-old friend.

Justin Bieber wrote, "Hey @Kendalljenner you should let my boy @iamjulkeyz take you on a date."

And it appears Kendall Jenner is seriously considering the idea - as long as the Baby singer and his girlfriend Selena Gomez join them.