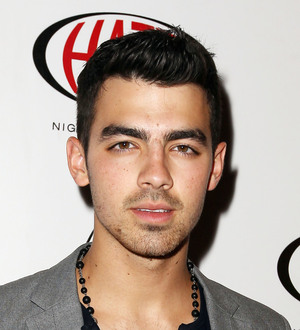 Joe Jonas celebrated his birthday in style over the weekend (13-14Aug11), by partying with friends in Sin City.

The Jonas Brothers star turns 22 on Monday (15Aug11), and to mark the occasion, the singer enjoyed a fun-packed day on Saturday (13Aug11) in Las Vegas.

Joe Jonas began the celebrations in a VIP area at the Liquid Pool Lounge with a number of close pals, before moving on to the Bellagio Hotel's Yellowtail Japanese Restaurant & Lounge, where he dined before taking the party on to the Deuce Lounge to play blackjack.

Joe Jonas ended his night by performing at nearby venue Haze, where he was handed a surprise birthday cake, reports People.com.

A source tells the website, "Joe was swarmed by nearly 20 female fans dying to get an autograph or photo with (him). After signing a few autographs and meeting with fans, Joe finally made it to Haze Nightclub where he rocked the crowd with a special live set, performing tracks off of his debut solo album FastLife.

"Joe was completely surprised when he was presented with a specialty pre-birthday cake in the shape of a bright-colored keyboard. Partygoers were holding up sparklers and shooting confetti into the air while toasting Joe to another successful year."