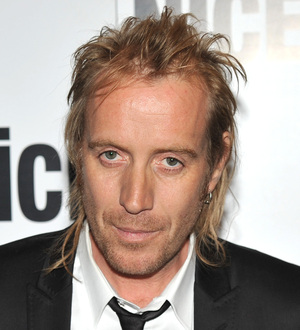 Welsh actor Rhys Ifans will not face charges over his recent arrest on suspicion of battery due to insufficient evidence.

The Notting Hill star caused a disturbance at the Comic-Con convention in San Diego, California last month (Jul11) when he allegedly became involved in an altercation with a female security guard.

He was accused of pushing the woman after a member of his entourage was refused entrance to the event because she didn't have the correct identification. The actor is said to have lashed out and cursed at event staff, prompting the guard to make a citizen's arrest.

Ifans was taken into custody and released with a citation for misdemeanour battery, but the case will go no further - the San Diego City Attorney has decided to drop the complaint.

Attorney representative Gina Coburn tells TheWrap.com, "After reviewing differing witness accounts, our prosecutors concluded there was not sufficient evidence to prove the case beyond a reasonable doubt."

The incident occurred on Ifans' 44th birthday (22Jul11), when he appeared at Comic-Con to promote his upcoming movie The Amazing Spider-Man.