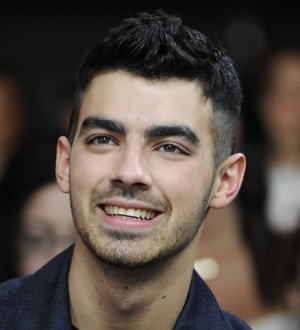 The Jonas Brothers star missed out on the chance to perform on the Femme Fatale trek with his childhood crush in North America after Spears opted for an all-girl show and chose rapper Nicki Minaj as her support act.

But he has been given a second chance to hit the road with Spears - the Toxic hitmaker has invited the newly-solo singer to open for her when she takes the trek to Europe in October (11).

And the 21 year old can't believe his luck.

He tells People.com, "It's a dream come true. She was the first girl I ever had a poster on my wall of, and her album was the first CD I ever bought. It's so funny to think I had that on my wall and here I am about to perform with her. I'm really looking forward to being part of this."

Joe Jonas will get a taste of what's to come on Friday (05Aug11) when he supports Spears for a one-off gig in New Jersey.