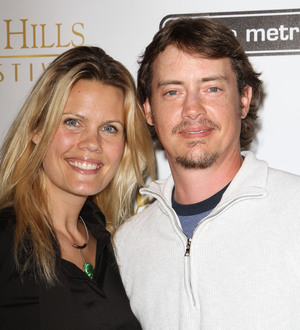 Actor Jason London has wed his girlfriend of two years in an intimate ceremony in her native Vermont.

The Dazed and Confused star exchanged vows with actress Sofia Karstens in North Hero on 16 July (11), and Jason London admits he found the big day overwhelming.

He tells People.com, "It's been wonderful. I was in a daze. I couldn't believe it was mine (the wedding). It was a fairy tale.

"I'm not a mushy guy, but I was really mushy that weekend. I wish we could have slowed down time a little bit. It goes by so fast."

Jason London was previously married to Charlie Spradling. Their divorce was finalised earlier this year (11).