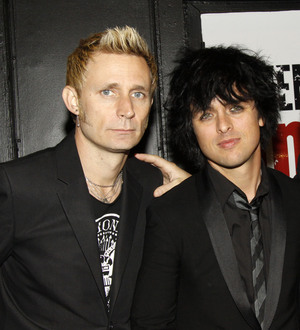 Punk rockers Green Day treated fans in California to a surprise concert last week (ends12Aug11) and delighted the audience by debuting a whole album's worth of new material.

The American Idiot hitmakers only recently revealed they were back in the studio working on a follow-up to 2009's 21st Century Breakdown, but the group proved it had gotten more than its fair share of work completed as the rockers premiered 15 new songs at Thursday night's (11Aug11) gig.

Among the previously unheard tracks were Nuclear Family, Carpe Diem and 8th Avenue Serenade, reports fansite GreenDayAuthority.com, although it is not yet know whether they will all make the cut for the band's forthcoming release.

The show itself was a delight for fans - Green Day announced the concert in Costa Mesa at the last minute.