Ethan Hawke 'is dad to another daughter' 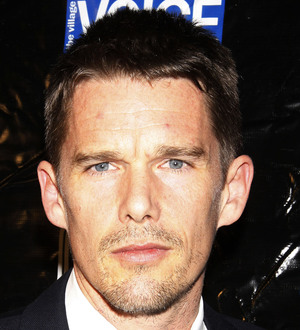 Ethan Hawke has become a father for a fourth time after his wife gave birth to a baby girl, according to a report.

The Hollywood actor has two children with his ex-wife Uma Thurman and went on to have a daughter, Clementine, with his kids' former nanny Ryan Shawhughes, who he married in 2008.

The pair was reportedly spotted out and about with the new arrival at a restaurant in the Big Apple on Friday (05Aug11), with a source telling the publication, "He was introducing the kid to the other people at his table and staff and other people in the restaurant."

India is Hawke's third daughter - he is father to Maya, 12, as well as son Levon, nine, with Thurman. They divorced in 2004.