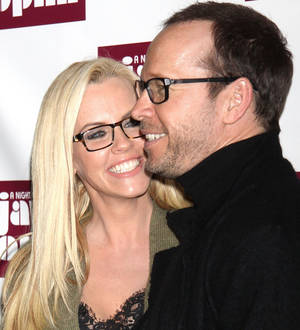 New Kids On The Block star Donnie Wahlberg is grateful to his fans for giving him their blessing to date actress and TV personality Jenny Mccarthy - because life would be awful if his devotees hated his girlfriend.

The pop star has been romancing McCarthy since July (13), and she recently confessed that she would break her own anti-marriage rules if he was to propose to her.

But Wahlberg admits he was a little nervous about his fans not welcoming his high-profile relationship.

He says, "Jenny knows how big a part they (fans) are of my career and how much they mean to me, so when we first started talking, she was like... 'I'm a Blockhead too; if your fans mean that much to you, then I'm gonna be with them. They're my sisters too.'

"But the fans have been very supportive... They look after me; they're like my sisters... They watch my back. And they love her."