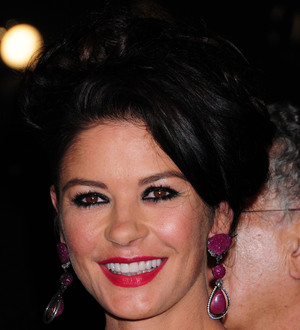 Catherine Zeta-Jones has quit smoking in the wake of her husband Michael Douglas' battle with throat cancer.

The Hollywood actor, who previously blamed his ill health on years of drinking and smoking, was given the all-clear from the disease back in January (11), and his wife has now embraced a healthy new lifestyle by quitting her bad habit.

Zeta-Jones was recently pictured puffing on an electronic cigarette during a family vacation in Europe and has reportedly been using the tobacco-free system for three months, according to OK! magazine.