Bradley Cooper and Suki Waterhouse moving in together - report 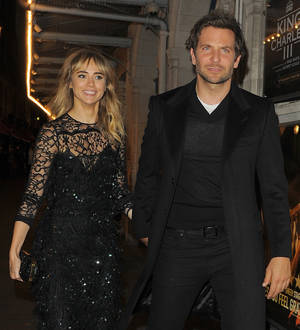 Bradley Cooper and his model girlfriend Suki Waterhouse are rumoured to be moving in together when he relocates to London for a stint on the West End stage.

The Hangover actor is set to take his Broadway show The Elephant Man to the British capital in May (15), and he reportedly plans to set up home with the British beauty during his time in the U.K.

A source tells Britain's The Sun newspaper, "It has always been Bradley's dream to perform in the West End but it means he also gets to live with Suki too. He is currently looking at rental apartments and looping her into all his suggestions. Bradley is totally smitten."

Cooper and Waterhouse have been dating since meeting at the U.K.'s ELLE Style Awards in London in 2013.