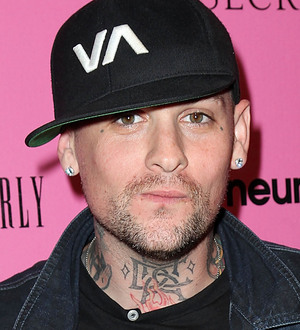 Benji Madden and the Foo Fighters have paid tribute to the music fans who died following a stage collapse at a music festival in Belgium on Thursday (18Aug11).

Three people died and over 70 injured when storms brought one of the stages at the Pukkelpop Festival crashing down during the Smith Westerns' set.

Now Madden, who was due to perform with his band Good Charlotte on the Shelter stage at the festival on Thursday night (18Aug11), has paid tribute to the victims of the latest stage collapse tragedy on Twitter.com, writing, "Sad day here at Pukkelpop. One of our favorite festival to play (sic). Sad this happened today. Hearts are with the victims here today."

And the Foo Fighters, who were due to headline the Main Stage on the same night (18Aug11), have also marked the tragedy: "Our hearts go out to everyone affected by the tragic events at Pukkelpop."

The tragedy came just days after five music fans were killed when a stage gave way at the Indiana State Fair, and classic rockers Cheap Trick only just made it offstage at the Ottawa Bluesfest in Canada on 17 July (11) before sudden storm winds brought the rigging crashing to the ground.

The Flaming Lips were also caught out by storms that brought their stage down during a concert in their native Oklahoma earlier this month (Aug11).