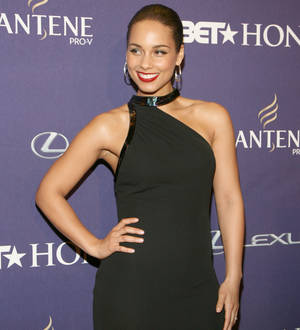 Alicia Keys has confirmed reports she'll be performing at the Super Bowl and insists her version of the National Anthem before the big game will be like no other.

The singer/songwriter will join Beyonce in New Orleans, Louisiana for the football final between the San Francisco 49ers and the winners of Sunday's (20Jan13) Baltimore Ravens/New England Patriots clash next month (Feb13) - and she admits she has a lot of work to done when she returns home from President Barack Obama's inauguration celebrations this week (begs21Jan13).

Speaking at the Sundance Film Festival in Utah, where she's promoting her new movie The Inevitable Defeat of Mister and Pete, Keys says, "I'm really excited about it, I can't even lie. I have to rehearse it totally, as if it's a brand new song, because it is actually a brand new song in the style that I'll deliver it. I'm actually rehearsing it like a maniac."