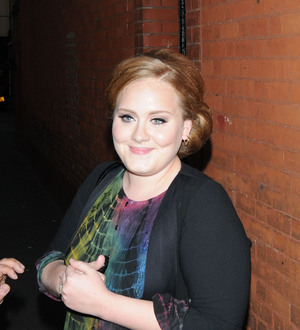 Adele dedicated songs to her native London and tragic pal Amy Winehouse as she resumed her North American tour in Canada on Tuesday (09Aug11).

The soul star's sold-out concert at the Orpheum Theatre in Vancouver came three months after she called off her trek to recover from a bout of laryngitis.

The singer opened the show by dedicating her track Hometown Glory to her birthplace, Tottenham, which was besieged by thugs following the fatal shooting of a local man on Thursday (04Aug11).

She told the crowd, "I have to sing this one for my hometown. London is under attack by a bunch of idiots."

Adele also paid tribute to Winehouse, who died last month (Jul11), with a heartfelt cover of Bob Dylan's Make You Feel My Love, admitting, "She was a big part of my life in so many ways."