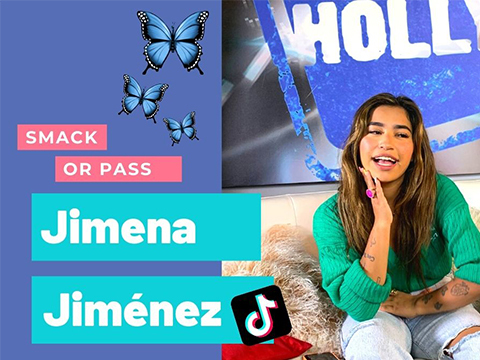 Straight outta Querétaro, Mexico, comes the hilarious Jimena Jiménez, aka JJ, now in Los Angeles and taking over TikTok! The bilingual beauty stops by the Young Hollywood Studio where we get to know more about her life, her social media habits, and her general knowledge of American culture! Find out her relationship status, what popular candy she thinks is better in Mexico, than the U.S., and how many drafts she currently has in her TikTok account, plus we see if she can name all the OG Sway Boys, get the scoop on her TikTik crush, and challenge her to reveal who she thinks is better at TikTok between Bryce Hall and Tayler Holder, and so much more! Stick around until the end for some cute bloopers!