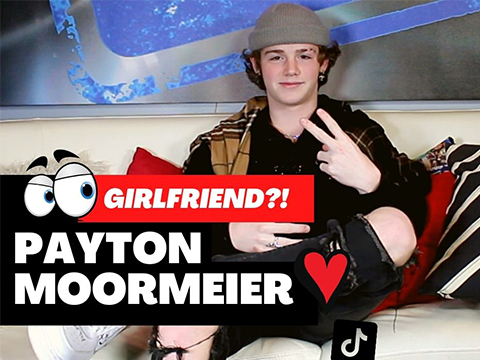 Payton Moormeier has been thriving during quarantine, honing his musical skills and his blossoming singing career at an impressive pace! The last time Young Hollywood spoke with him, it was over Zoom, but now the "Nevermind" artist makes his way to the YH Studio where we catch up with him and everything going on in his life through a game of The 7-Second Challenge! Find out who his favorite TikTokkers are, his dream collabs, who's been sliding into his DMs, and more, plus he reveals his favorite thing about his girlfriend and recounts the story of how they met!