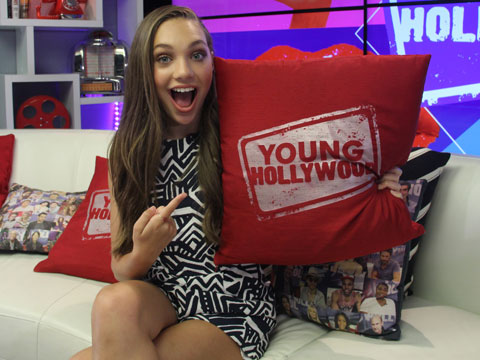 Dance prodigy Maddie Ziegler stops by the YH Studio to tell us all about her incredible partnership with singer Sia, having appeared in four of her music videos, including "Chandelier", "Elastic Heart", and "Cheap Thrills"! She also talks about her gig as a judge on "So You Think You Can Dance: The Next Generation", her role in her first feature film 'The Book of Henry', and she answers some questions from her Twitter followers. Stick around to see her teach us some moves from "Cheap Thrills"!