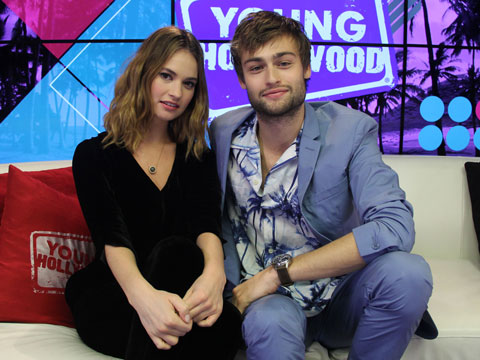 Actors Lily James and Douglas Booth pay a call to the YH Studio to scoop us on their famous Austenian roles as Elizabeth Bennet and Mr. Bingley in 'Pride and Prejudice and Zombies', which puts a horror spin on a literary classic! Lily discusses the heavy training she had to do to prepare for the film (in contrast with Douglas and the rest of the male cast), plus they reveal whether or not they could survive a real-life zombie apocalypse, and we test both their Jane Austen and zombie knowledge!