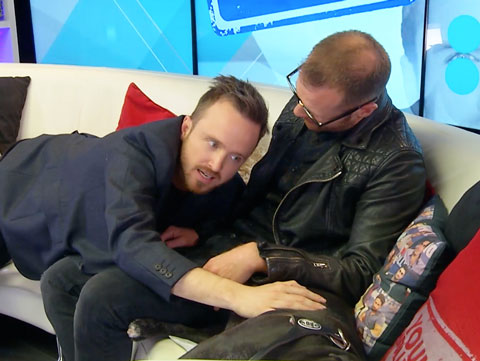 Aaron Paul is Drawn to the Dark Side

Emmy Award-winning actor Aaron Paul drops by the YH Studio to scoop us on his next television project, the Hulu drama "The Path", and why he's drawn to such dark roles! He also sings the praises of his on-screen wife Michelle Monaghan, reveals what music he's into right now, and what 3 things he can't be without when shooting on location!