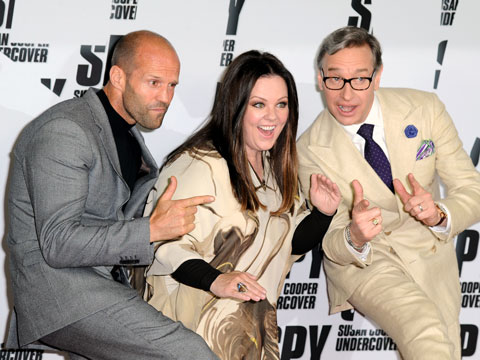 The YH Studio welcomes the wonderful and talented cast of action-comedy 'Spy', Melissa McCarthy, Jason Statham, Rose Byrne, and Miranda Hart, as well as the film's director Paul Feig! They reveal what their real-life top secret spy name would be and their real-life catchphrases, plus they talk about Mr. Feig's affinity for Post-It notes on set!