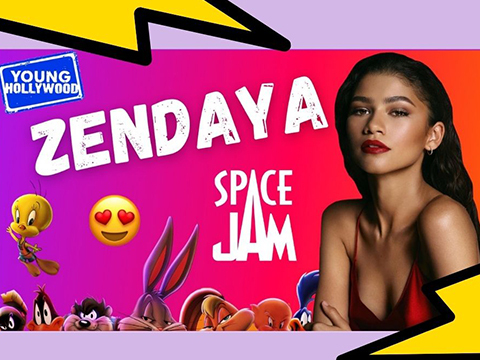 Growing up with two parents who both played and coached basketball, it seemed like Zendaya's path in life would be clear and she would follow in her mom and dad's footsteps. Fate and Zendaya's acting talents had other ideas, but now everything has come full circle with her starring role as the iconic Lola Bunny in Warner Bros.'s new sequel to their classic film 'Space Jam', 'Space Jam: A New Legacy'! Young Hollywood catches up with the superstar via Zoom to chat about the movie, which sees basketball superstar LeBron James team up with the Looney Tunes in a match to save his son. Zendaya tells us which of her iconic red carpet looks she could totally see Lola in, plus she tells us her thoughts on what would be like to go one-on-one with LeBron IRL!