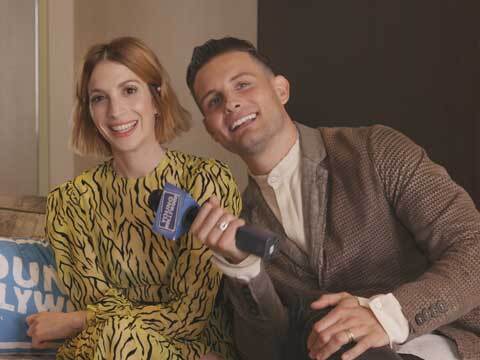 In the 6 seasons that it's been on the air, TV Land's "Younger" has explored all kinds of scenarios relating to love, relationships, and dating, and it's no surprise to find out that even the actors themselves have had their fair share of unique experiences in the romance department as well! Young Hollywood heads to Viacom Press Day where we sit down with two stars from the hit series, Nico Tortorella and Molly Bernard, to get their thoughts on some of these issues, such as being in love with 2 people at the same time, the somewhat misunderstood state of polyamory and open relationships, and whether or not timing really is everything. They also discuss dating in a big city like New York and what lessons they hope younger viewers will take away from the show, plus they describe the new season in one facial expression!