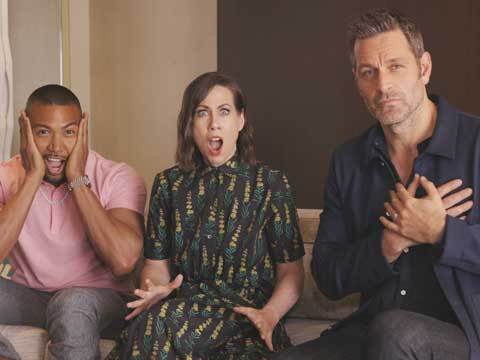 When it comes to topics like love and relationships, TV Land's "Younger" is not afraid to go there and explore an array of different scenarios and complications. For that reason alone, it could go on for another 6 seasons, but it wouldn't be half as impactful and successful without the amazingly talented actors tasked with bringing these storylines to life! Three of those actors, Miriam Shor, Peter Hermann, and Charles Michael Davis, sit down with Young Hollywood during Viacom Press Day to share their thoughts on these topics, and in particular the idea of being in love with two people at the same time. Of course, that leads to an even deeper conversation regarding the definition of "love" in the first place. They also offer some sage advice about dating life in a big city (and just dating in general), plus the actors describe Season 6 in three different facial expressions!