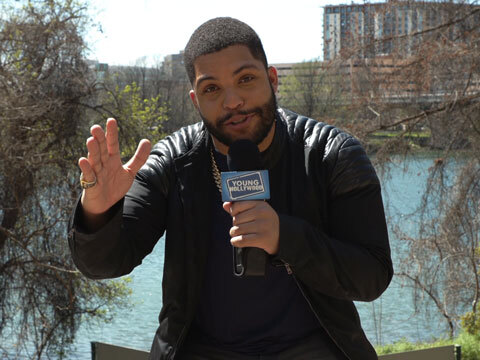 Would You Rather? with Long Shot's O'Shea Jackson Jr.

Young Hollywood is in Austin, Texas, for SXSW where we catch up with the talented O'Shea Jackson Jr., who is also in town for the premiere of his rom-com 'Long Shot' co-starring Seth Rogen and Charlize Theron! We want to get to know the 'Straight Outta Compton' star a little better, so we hit him with a game of "Would You Rather?"! Hear his thoughts on chocolate versus pizza, heavy metal versus reggaeton, YouTube versus Instagram, and more! Plus, find out what he would do if he was the richest man alive!