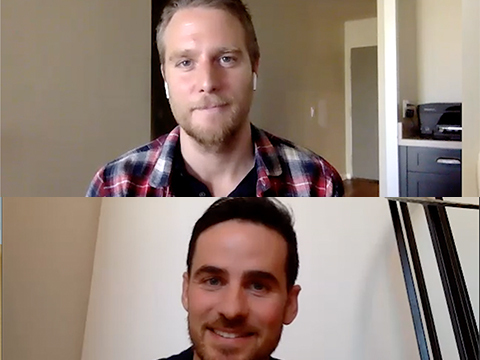 Over half a century ago, America's space program kicked off with Project Mercury, made up of a select group of test pilots tapped to be the first men in space.The rigorous program was not for the faint of heart, and only those with "the right stuff" made it to the rocket! Disney+ chronicles the journey of those seven men in their new series "The Right Stuff", and Young Hollywood catches up with stars Jake McDorman and Colin O'Donoghue to find out what it was like to play the first American in space, Alan Shepard, and the youngest member of the Mercury 7, Gordon Cooper, respectively! Jake and Colin tells us all about filming the series in Orlando, Florida, and taking full advantage of the location by hitting up all the theme parks! They also explain how the cast of the series formed a bond not unlike their real-life counterparts, plus they reveal whether or not they themselves would go to space if given the opportunity!