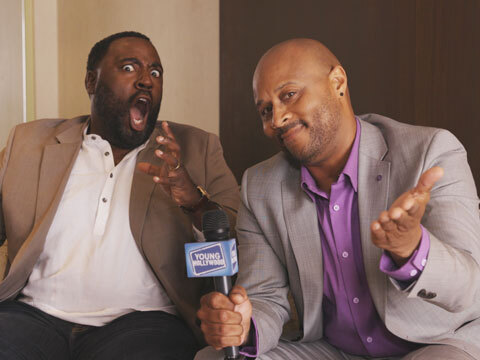 Will Halle Berry Join the Cast of Comedy Central's South Side?

Bashir & Sultan Salahuddin are on a mission to bring a different perspective to their hometown and have a lot of fun while doing it! Young Hollywood catches up with the talented brothers at Viacom Press Day to discuss their Comedy Central series "South Side", which Sultan stars in and Bashir co-created and executive produces, and how it shows the humorous and joyful side of the Chicago neighborhood. They tell us what other legendary Chicago native they'd love to have as a guest star on the show, plus they teach us a little Chicago slang, describe the show in 3 facial expressions, and reveal how they "get down"!