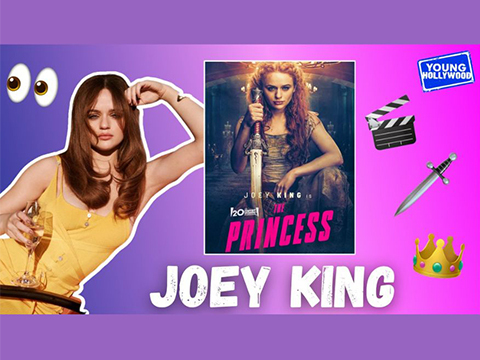 The Princess played by Joey King might be locked in a tower, but don't get it twisted -- this is no damsel in distress! Hulu's 'The Princess' is an action-fantasy about a princess who takes matters into her own hands to defend herself and her kingdom, and although Joey King is most known for low-key drama and romance roles, she was more than up to the task to take on this kick-butt challenge! Young Hollywood catches up with Joey via Zoom to learn more about her experience on this project, including how it came about and all of the stunt training she had to do to prepare (which more than paid off in the end). Plus, she reveals the one skill every princess should have and what she would do to pass the time if she was stuck in a tower!